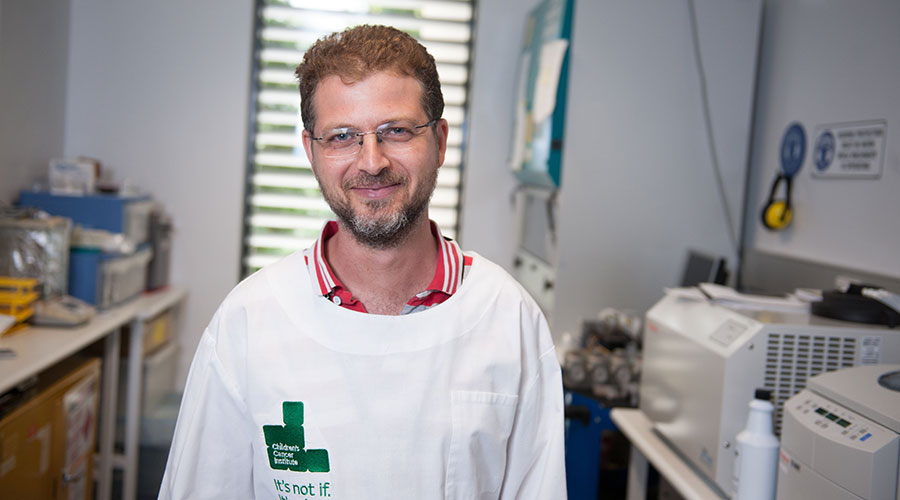 Dr Orazio Vittorio was a scientist in Italy studying pancreatic cancer when two things happened that radically changed his perspective… on life and on work.

“This changed completely my idea of what I want to do, the impact I want to have,” he says. “I was freaking out that my kids would go through what I went through. I thought: let’s go back and look for something that can actually make the life for kids better.”

A new life in Australia

Orazio read about the work of Children’s Cancer Institute and, after making some enquiries and successfully applying for a grant to fund a new project in Australia, he and his young family made the move.

“I was awarded the UNSW Vice Chancellor’s fellowship in October 2012, and on the first of February I was here, and my wife and my little one and I started this new adventure.”

Initially working on the use of nanoparticles in the treatment of neuroblastoma, some interesting observations during experimental work led Orazio to shift his focus to a new field in medical research called metallomics. Currently, he is working on understanding the role that copper plays in cancer and how this might be exploited therapeutically.

Working as a researcher can be all-consuming. Experiments go on all hours, and often run for days on end. Achieving a work-life balance can therefore be a challenge.

“As a father, I’m really happy that I can do something that could benefit my kids or maybe their kids in the future. Sometimes, though, I’m a little bit afraid that I don’t spend enough time with my children. Because in research, there is always work. You live your life in-between your job.”

Fortunately, Orazio’s family is very supportive. His eldest son, who is now 9, is particularly proud, telling everyone: ‘My father is a scientist!’

When not in the lab, Orazio enjoys spending time with his family, swimming, and walking at the beach. Motorbike riding is another great passion, with most Saturday mornings spent riding with a group of friends. 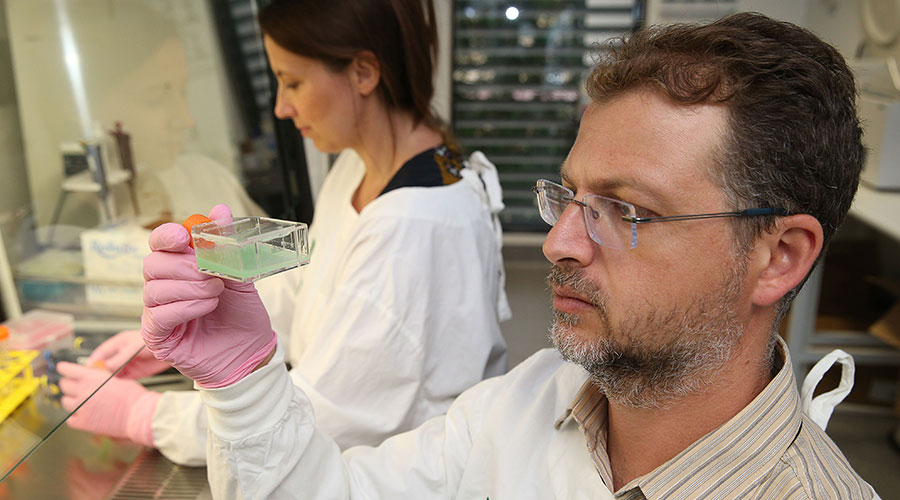 The importance of partnerships

Not only does having supporters “let you feel that you are doing something that has an impact”, it is also important from a financial perspective. “Australia is a great country, but unfortunately the investment in research is not enough,” he explains. “Without the community, we couldn’t do this job.”

Partnerships with scientists in other countries, as well as strong connections with clinicians, are also critical. According to Orazio, Australia is well ahead of Europe when it comes to scientists and clinicians working in collaboration.

“The good thing about Children’s Cancer Institute is that it is so well connected,” he says. “When I moved to Australia, I was a little bit concerned I would feel isolated. Actually, I feel less isolated here than in Italy.”

This followed on from being recognised as ‘Outstanding Cancer Research Fellow’ at the 2020 Cancer Institute New South Wales (CINSW) Research Awards − the state’s leading awards program to celebrate excellence and innovation in cancer research.

“I’m very honoured to receive these awards. I am passionate about improving survival rates in kids with cancers like brain tumours, where we haven’t seen any real improvement in the last 20 years.”

Optimism for the future

When asked about the future, Orazio says he feels very optimistic.

“With the technology we have today, I would say that in 20- or 30-years’ time, cancer could become just another chronic disease. In the past, HIV, for example, was really lethal. Nowadays people with HIV live almost a normal life, by taking treatment drugs. I think we will reach that point with cancer, too.”

By the time his children grow up, Orazio hopes jobs like his will no longer be needed.

“I tell my kids: I hope we’re going to run a very good Italian restaurant in Sydney, because we don’t need to cure cancer anymore.” 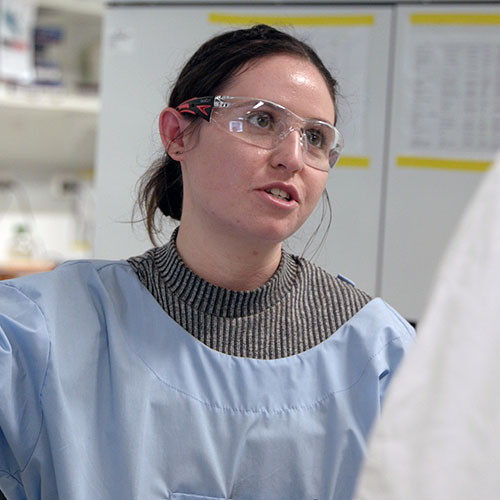 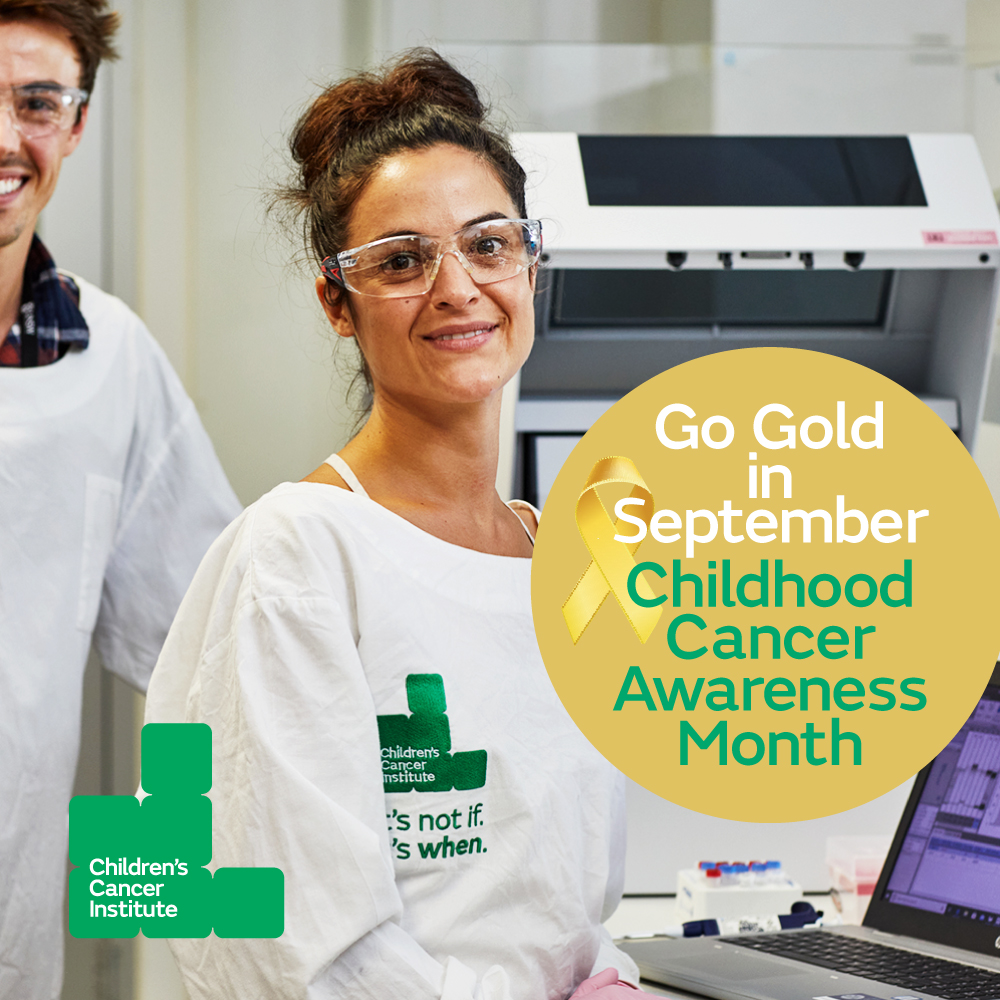 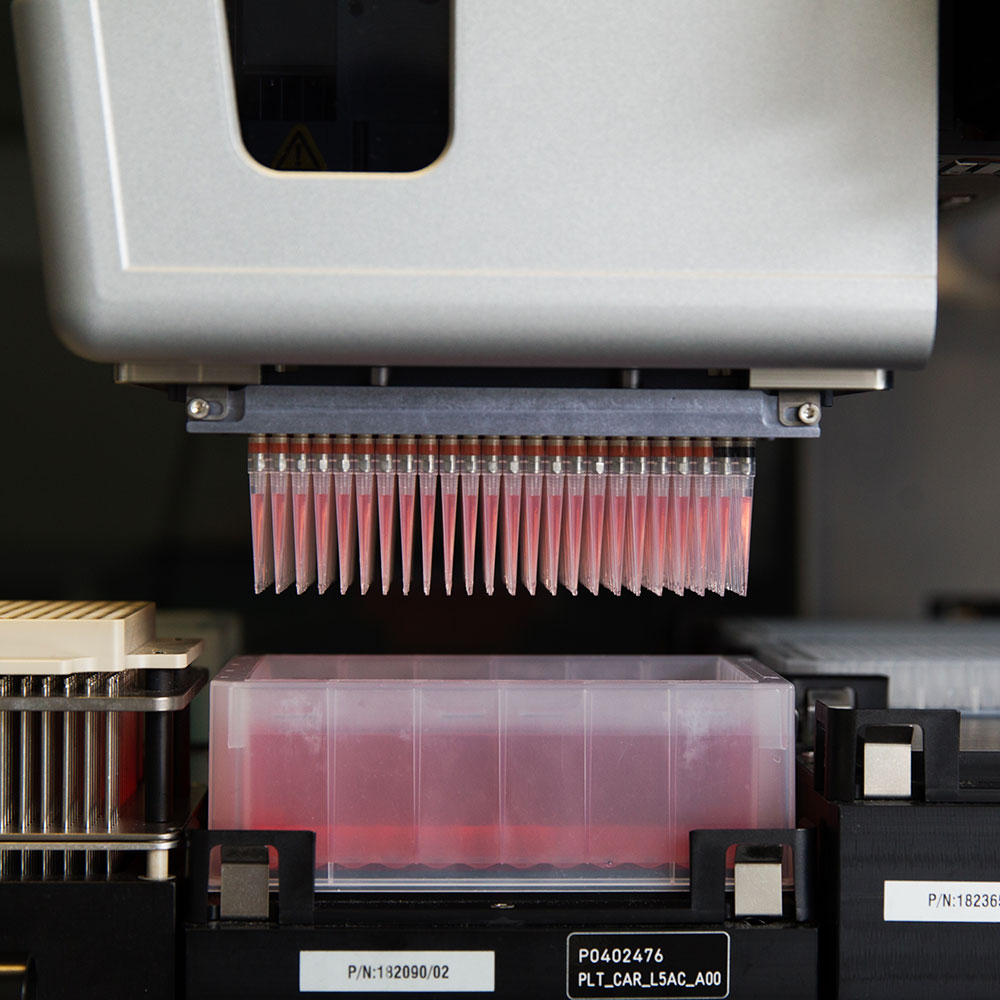 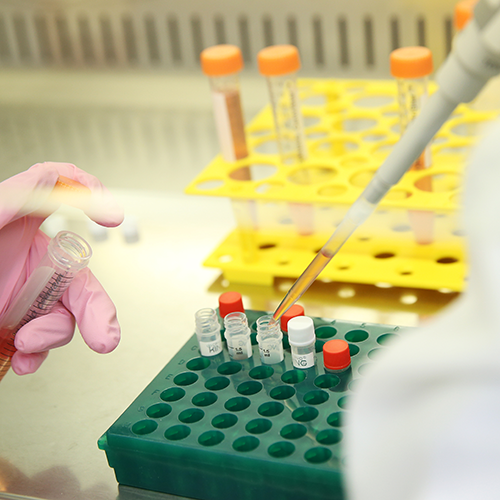 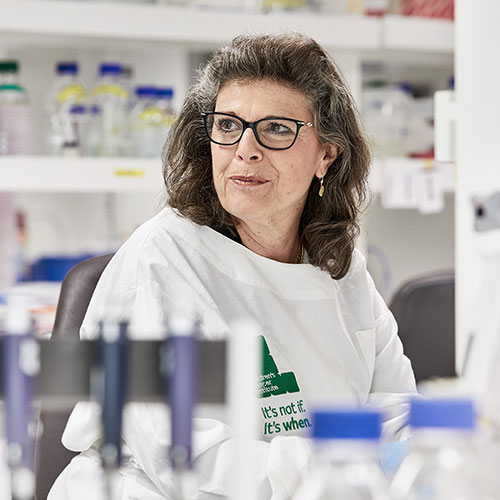