Research by Australian scientists could pave the way to a new treatment for a currently incurable brain cancer in children called Diffuse Intrinsic Pontine Glioma, or DIPG. Affecting about 20 children in Australia each year, DIPG is a devastating disease with an average survival time of just nine months after diagnosis.

The research, led by scientists at Children’s Cancer Institute and published this week in the international journal, Cell Reports, offers an exciting new therapeutic approach for the treatment of DIPG by using a new anti-cancer drug.

The new drug, CBL0137, is an anti-cancer compound developed from the antimalarial drug quinacrine. The researchers found that CBL0137 directly reverses the effects of the key genetic drivers in DIPG, and has a profound effect against DIPG tumour models. They also foundCBL0137 is even more effective when combined with a second drug, panobinostat,  a new type of drug known as a histone deacetylase (HDAC) inhibitor. When used in combination, the two drugs were found to work synergistically, each enhancing the others effects against DIPG.

“Over the years, many different types of treatments have been tried for DIPG, but none so far have proven effective in clinical trials of children with the disease,” he said. “Part of the problem is that the genetic driver in DIPG is a master gene that controls thousands of other genes. Until now, we have not known how to switch it off. Our data shows that CBL0137 acts to reverse the effects of this master gene, and then switch off the growth of the DIPG tumour cells.”

In the newly published study, Associate Professor Ziegler and his colleagues in the Brain Tumours Group at Children’s Cancer Institute built on earlier research carried out by the Institute’s Experimental Therapeutics Group, who found that CLB037 was effective against neuroblastoma. Taking a similar approach with DIPG, the Brain Tumours Group confirmed that CBL0137 interferes with the growth of DIPG tumours by inhibiting an important molecule known as FACT (needed for DNA transcription, replication and repair). They found that FACT binds with the key genetic driver in DIPG – a mutation called K27M. By treating DIPG cells with CBL0137 they were able to target this gene and stop tumour cells from growing. Next, they tested CBL0137 in ‘patient-derived xenografts’ − live models specially bred to grow DIPG cells taken directly from children with the disease − showing it effectively penetrated the blood-brain barrier and increased survival time.

When the researchers added panobinostat to the mix, they found that the CBL0137-panobinostat combination was even more effective at killing DIPG cells and further improved the survival time of the live models with DIPG.

“K27M is the Achilles heel of DIPG tumour cells,” said Associate Professor Ziegler. “The finding that CBL0137 indirectly acts against this genetic driver is very exciting, and gives us great hope for this treatment strategy.”

A/Prof Ziegler will lead an international clinical trial of CBL0137 for children with DIPG that will open in the top children’s hospitals in the US and Australia. Plans to launch the trial are boosted by the fact that CBL0137 has recently successfully completed testing in phase I clinical trials in adults with solid tumours.

Originally founded by two fathers of children with cancer in 1976, Children’s Cancer Institute is the only independent medical research institute in Australia wholly dedicated to research into the causes, prevention and cure of childhood cancer. Forty years on, our vision is to save the lives of all children with cancer and improve their long-term health, through research. The Institute has grown to now employ over 300 researchers, operational staff and students, and has established a national and international reputation for scientific

excellence. Our focus is on translational research, and we have an integrated team of laboratory researchers and clinician scientists who work together in partnership to discover new treatments which can be progressed from the lab bench to the beds of children on wards in our hospitals as quickly as possible. These new treatments are specifically targeting childhood cancers, so we can develop safer and more effective drugs and drug combinations that will minimise side-effects and ultimately give children with cancer the best chance of a cure with the highest possible quality of life. More at www.ccia.org.au 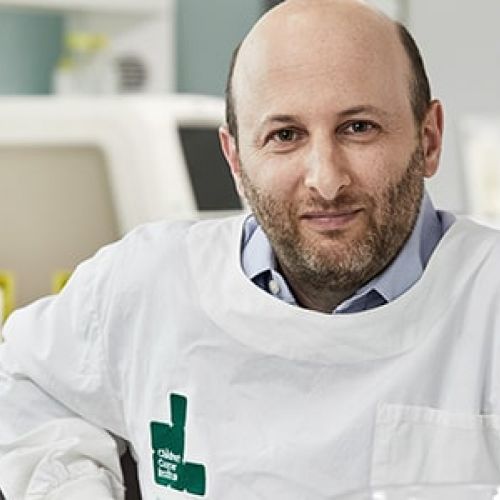