In memory of Anya

“We lost our darling daughter, Anya Zuber to her five-year battle with osteosarcoma on Saturday, September 12 2020.  We are bereft and heartbroken, but resolved to honour her wishes that her body, her experience with the disease, and any other resources we can muster must be focussed on the ongoing research to end childhood cancer, and particularly sarcomas.” - Will Winter & Liz Egan

Anya was 13 when she was diagnosed with high-grade metastatic osteosarcoma in February 2015 – an aggressive and life-threatening bone cancer. Anya began treatment immediately at Westmead Children’s Hospital, where, over the next ten months, she would endure six rounds of chemotherapy and limb-saving surgery on her leg.

Coming from Armidale, the diagnosis turned the family’s life upside down. They relocated to Sydney, where they lived in an apartment at Ronald McDonald House on the grounds of the hospital, and Anya’s eleven-year-old brother attended a local school.

At the end of treatment in November 2015, Anya got the ‘all clear’ from her specialists and was able to return home. The family were able to enjoy a long-anticipated holiday at their favourite beach, followed by some rich family celebrations over Christmas in Armidale. 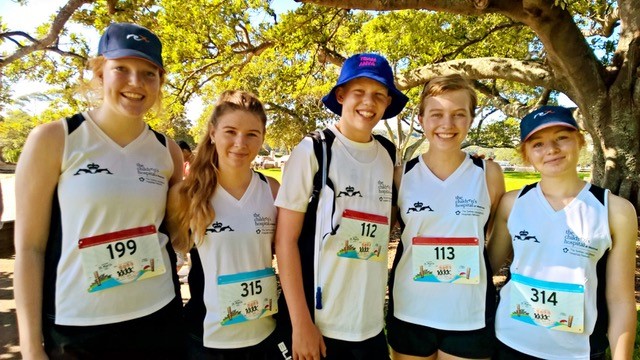 However, just a few weeks later, in January 2016, Anya noticed some bruising and a lump on her leg. Tests confirmed the family’s worst fears – the cancer had returned in a form which had resisted the previous treatment. They returned to Sydney for a further six months of intensive chemotherapy and high-dose radiation before again having an ‘all clear’ in August 2016. Over the next few years, she took great delight in things that most teenagers take for granted: being at home, going to school, and seeing friends.

Anya’s treatment was directed by Professor Stewart Kellie, at the Cancer Centre for Children at Westmead Children’s Hospital, who closely supervised her recovery for almost five years.

Anya’s struggle with osteosarcoma helped strengthen her mental and physical toughness, as she bravely faced treatment and worked hard on recovery. In November 2019 she expressed a wish to move to an adult hospital. She transferred to the Chris O’Brien Lifehouse, where she continued her regular observations under the watchful eyes of oncologist, Dr Vivek Bahdri and her highly regarded orthopaedic surgeon, Dr Richard Boyle who looked after Anya from day one.

Devastatingly, a scan in May 2020 showed a reoccurrence of the cancer in her lungs. Despite seemingly successful surgery in July, Anya experienced more symptoms in August. On 1 September a scan showed masses in the right lung and the superior vena cava. Anya was rushed to Sydney the next day and lost her very brave battle on 12 September 2020, surrounded by her loved ones. 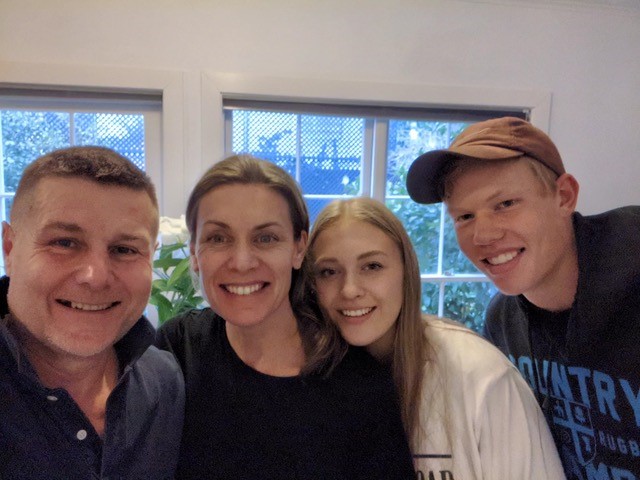 Towards the end, Anya refused any chemotherapy and expressed a desire to only undergo less invasive new regimes like immunotherapy. She wished that her body, her experience with the disease, and any other resources be focussed on the ongoing research to end childhood cancer, and particularly sarcomas.

That’s why in her memory, funds are being raised for Children’s Cancer Institute, the only medical research institute in Australia wholly dedicated to cure childhood cancer and pioneering safer treatments for children.

In 2019, Children’s Cancer Institute began a new research program dedicated to sarcoma. Headed by senior scientist Dr Emmy Fleuren, research is focused on developing ‘targeted therapies’ for use in children, which are not only effective at killing cancer cells, but are much less harsh than conventional chemotherapy, causing fewer side effects.

In the future, plans are in place to maximise the chances of curing sarcoma by researching additional approaches, such as immunotherapy and combination therapies, which is hoped will mean stories like Anya’s can be a thing of the past.