An exciting new field in medical research is opening up. Called metallomics, it centres on the role that metal elements in our bodies (iron, magnesium and the like) play in our health.

In the past, scientists studying human health have tended to focus on organic elements such as fats, sugars and proteins. But we now understand that inorganic elements, such as metals, are just as much a part of the chemistry of life.

It is well-known that certain metals, such as iron, play a critical role in our health. All the cells that make up the body need certain elements to function, and to grow and divide. Cancer cells are no exception. In fact, it turns out they need more of these metals.

The requirement of cancer cells for high levels of certain metals opens up the possibility of exploiting this requirement for therapeutic advantage. In other words, perhaps we can use this to treat cancer.

The role of copper in cancer

At Children’s Cancer Institute, Dr Orazio Vittorio leads a research group studying the role of copper in the growth of neuroblastoma – the most common solid tumour in young children. Orazio was one of the first scientists in the world to discover the important role of copper in cancer cells, and the first to discover that neuroblastoma was highly dependent on copper.

“Cancer cells are like a machine, like a car. They run faster than normal cells. And because metals are important for producing energy, cancer cells need more of them,” he explains. “I found that copper in neuroblastoma cells was six times higher than in normal cells, and that if we remove copper from the cancer cells, they stop growing.” 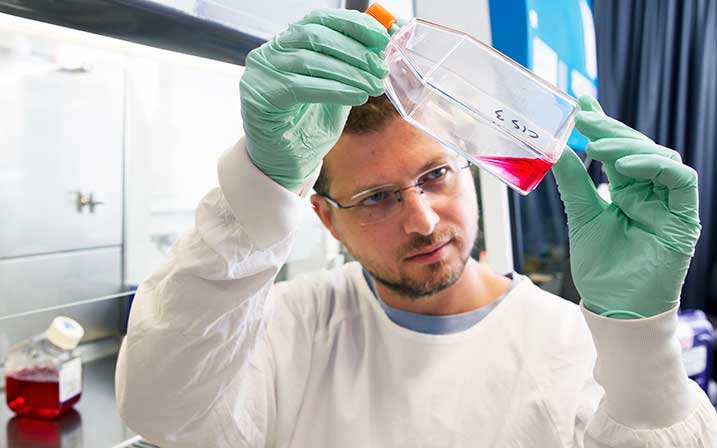 Dr Orazio Vittorio in the labs at Children’s Cancer Institute

A new way to treat cancer?

Orazio’s work suggests that copper is not only needed for energy production, but also for blood vessel formation in neuroblastoma tumours. And there’s more: it appears to be important in allowing the cancer cells to move, a critical factor in metastasis, and to interact with the body’s immune system. These observations have led him to investigate whether neuroblastoma cells’ need for copper can be used against them.

“There are already drugs that can remove metals from cells. These are used for treating metabolic diseases, where a patient accumulates a toxic level of metals in the liver,” says Orazio. “We have found that if you clear metals from tumour cells, you make the tumour weaker. So now we are asking: can we repurpose these drugs to treat children with neuroblastoma?”

A significant advantage of such drugs is that they are very low in toxicity, unlike current chemotherapy which can cause serious long-term effects.

Using copper for diagnosis and monitoring

As well as investigating new treatments for neuroblastoma, Orazio and his team − in collaboration with scientists at ANSTO, the Australian Nuclear Science and Technology Organisation − have developed a new imaging technique that can be used to measure the level of copper in tumours.

Their hope is that the new technique, which is based on a nuclear medicine imaging technique called PET, could prove useful for both the diagnosis of neuroblastoma and for monitoring the disease over time. Plans are already afoot to test this in a clinical trial in Australia in the near future. 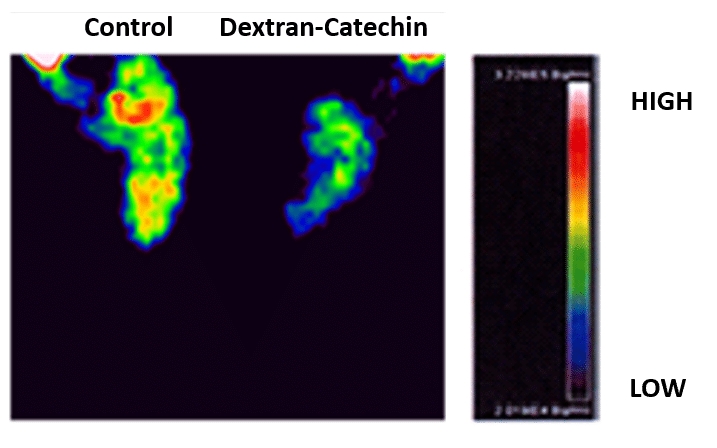 People with metabolic disease who accumulate metals in the liver are often put on a special diet to reduce their levels of copper. This has led Orazio to investigate the diet of children being treated for cancer.

Early indications are that such children often have a high intake of copper in their diet, as well as a lower-than-average intake of polyphenols (better known as antioxidants). Research is ongoing to attempt to answer the question of whether a particular diet − such as the Mediterranean diet − might be of benefit for children with cancer.