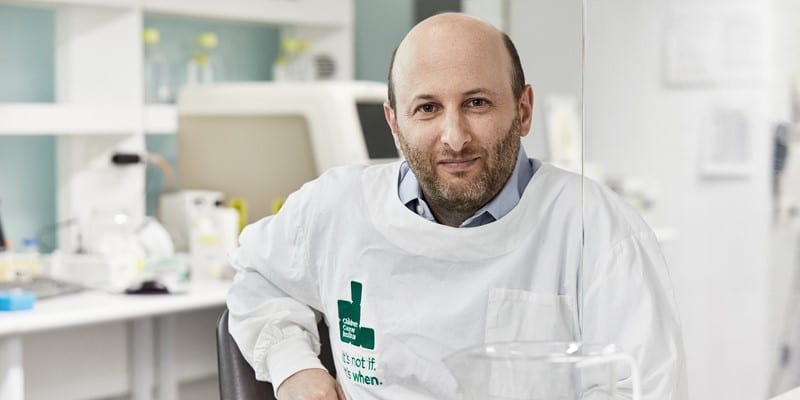 There is a disease that kills children aged between 5 and 10 years old, within one year of diagnosis. New research to be presented at an international conference this week may be about to change that.

Diffuse intrinsic pontine glioma (DIPG) is a type of childhood brain cancer. Families of children diagnosed with this disease are given the heartbreaking news that there are no curative therapies. More than 250 drug trials into hopeful cures have been conducted here and internationally and none have shown promise.

A new drug therapy that may be effective against this brain tumour will be presented by Sydney researchers in two international conferences. A/Prof Ziegler’s research team from Children’s Cancer Institute in Sydney, are presenting their findings at the American Association for Cancer Research annual meeting (14-18 April) in Chicago and subsequently at the International Symposium on Pediatric Neuro-Oncology in Denver (1-3 July).

Brain tumours are one of the most common paediatric solid tumours as well as the leading cause of childhood cancer-related deaths. Each year up to 20 Australian children are diagnosed with diffuse intrinsic pontine glioma (DIPG) – a disease that constitutes about 10-20% of paediatric brain tumours, and is the most deadly of all brain cancers. Median survival is typically less than one year from diagnosis, with a two-year survival of less than 10%. Because of its position in the brain, surgery is not an option and radiation therapy has little ongoing effect. Put simply there is no cure and no effective treatment.

In 2013 Children’s Cancer Institute started the first Australian research program into DIPG. Its ACRF Drug Discovery Centre has a high throughput robotic drug screening facility which, combined with a unique data base of tissue from more than 20 Australian and 10 international donors of DIPG tumour tissue, has allowed A/Prof Ziegler’s team to test a wide range of drugs against the DIPG cell lines.

The Institute also has preclinical models of DIPG that can be used to test any drugs that show promise in the screening process. “Through this combination of technology, access to tissue samples and preclinical models, we have identified a number of drugs which exhibit striking activity against DIPG cells and which have the ability to cross the blood brain barrier,” said Dr Tsoli, a postdoctoral scientist working in A/Prof Ziegler’s team.

A/Prof Ziegler’s team are presenting, in Chicago and Denver, the preclinical effectiveness of a drug which is currently used in the treatment of another cancer, neuroblastoma. This drug, when combined with a novel drug that targets the same molecular pathway, led to slowed growth in the DIPG preclinical models and improved survival compared with the non-treated controls.

According to A/Prof Ziegler the study is evidence that “while we don’t have a cure for DIPG yet we are making major inroads into working out how to eventually slow the disease. Five years ago there was nothing on the horizon, now we are making progress.”